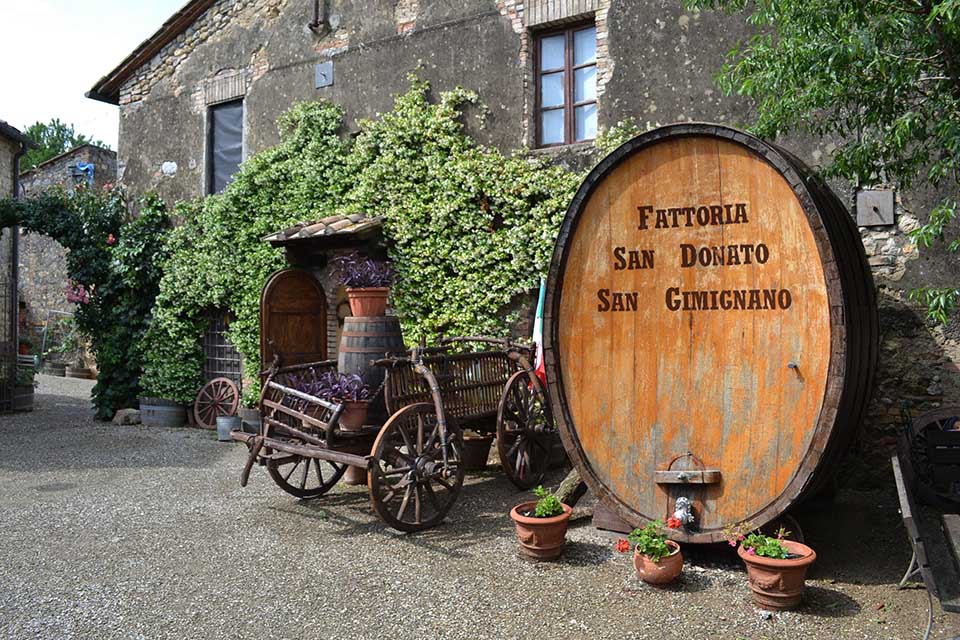 In the shadow of the 14 medieval towers of San Gimignano was born what it can be called the most famous white of Tuscany. In the wine scene, Tuscan Vernaccia occupies a role of great importance, result of a tradition that goes back in the mid-thirteenth century.

Wine once appreciated by popes and princes, Vernaccia has been able to combine over the centuries the excellent quality to the incomparable landscape of the territory of San Gimignano.

The Vernaccia was the first Italian white wine which received the DOC concession, in 1966. Then it will get the Docg in 1993. Since there it has been improved year by year both in the vineyard and in the cellar. For this, when you taste a glass of this wine you will enjoy all the savor of Tuscany.

Vernaccia di San Gimignano is a wine which comes from Vernaccia grape, so Vernaccia is the grape name itself. The wine has the possible presence of other non-aromatic white grape vines up to a maximum of 10%. In the latter companies have resorted more and more frequently to these grapes that have finished to further enhance the basic vine. In any case, the yield of grapes per hectare cannot exceed 90 quintals.

Vernaccia di San Gimignano has a pale straw yellow color which goes to golden with the aging; fine, penetrating and characteristic aroma; dry, harmonious, with a characteristic bitter aftertaste.

The minimum alcohol content is 11º (11.5% for the Reserve, after minimum mandatory aging of one year from  January the 1st of the year following the year of harvest and last four months of aging into the bottle).

The Vernaccia di San Gimignano is a wine that has been always considered excellent as an aperitif, with appetizers especially seafood. It is matched all dishes based on fish, shellfish, and perfect with white meat dishes too.

It is exalted above all in the risotto with seafood, but also with a bowl of white rice with mushrooms.
Must be served chilled, at a temperature of 11-12 ºC.

My Favorite Wineries in San Gimignano 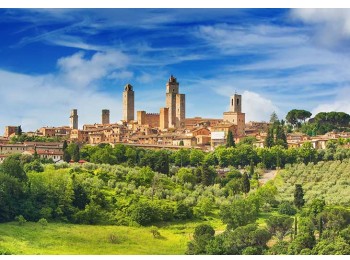 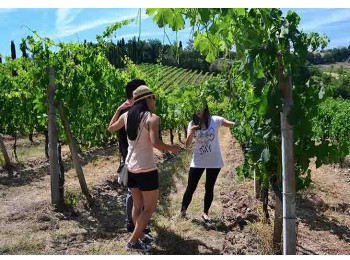 I went to San Gimignano a couple of years ago to taste the Vernaccia di San Gimignano, this is a white wine pretty citric in its youth but the Riserva version could be alcoholic and rich of mineral notes.